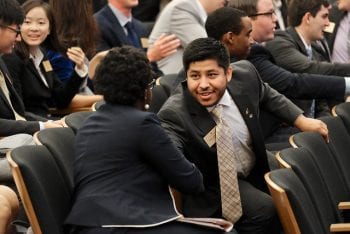 A massive game of rock-paper-scissors during the “Breaking Boundaries” team-building session helped new students meet each other during the Master of Science in Accountancy orientation August 24-26.

The 142 students in the class of 2017 worked with classmates, faculty members and support staff during the two-day event. “Throughout orientation, sessions around team building and networking resonated with our students,” said Stacy Owen, executive director of the program. “We heard from Wake Forest Field Hockey Head Coach Jennifer Averill on ethics and integrity, which was reinforced with talks from career coach Jen Ruggiero and other sessions.”

We also have a photo gallery from orientation you can view on Flickr. 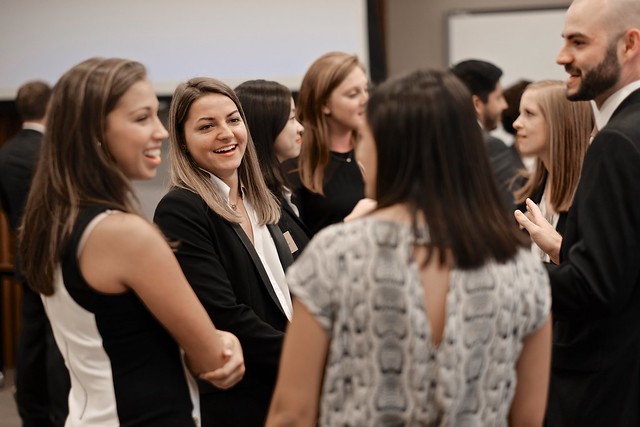