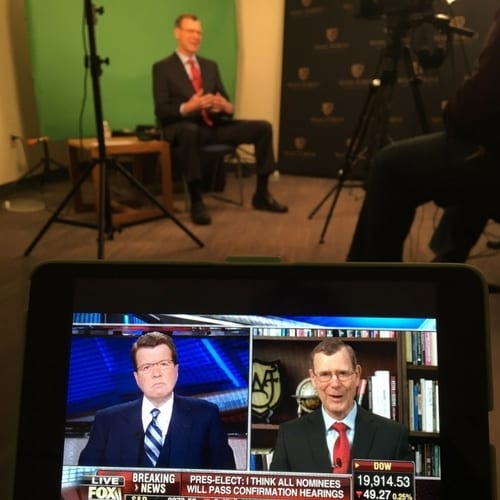 School of Business Executive in Residence John Allison appeared on Neil Cavuto Coast to Coast on January 9, 2017. During his interview, he discussed President-Elect Trump’s Cabinet picks, the Federal Reserve’s policies and whether he would accept a position within the Trump administration.

Allison is also the retired CEO and Chairman of BB&T and retired president and CEO of the Cato Institute. Late last year, he met with the President-elect about the Treasury Secretary role.