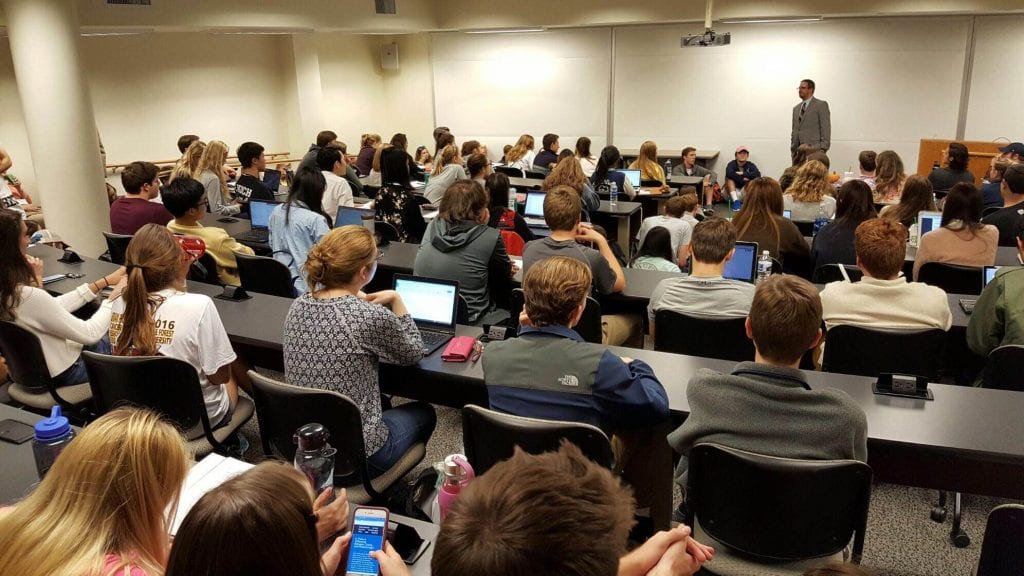 What’s the difference between charity and philanthropic giving?

Jeremy Beer, co-founder of American Philanthropic, a Pennsylvania consulting firm for philanthropies and nonprofit organizations, addressed the historical transition from giving for religious reasons to giving with the intent of fixing a social ill during his talk on October 10 in Kirby Hall.

“Historically, charitable giving set out to just help those in need,” said Beer. “In the 1900s, the idea of scientific charity – eliminating social problems by attacking their root causes – led to the foundation of America’s first philanthropic foundations.

Beer said this shift in attitude regarding philanthropy resulted in some positive effects, such as alleviating the root causes of some social issues. But he suggested it came with consequences when taken too far, such as the eugenics movement. Beers said we have learned that direct charity delivers what philanthropy cannot – a real personal connection and solidarity with others.

Beer argued that charitable organizations which focus only on resolving social ills ignore this natural human connection. Beer suggested a healthy balance between philanthropy and charity is necessary to help those in need.

“I’ve been to several speakers so far this year,” said Amanda Connor, a first-year student who intends to study business enterprise management. “I think having opportunities to hear these people speak is a wonderful supplement to what I learn inside the classroom. My first-year seminar class is about non-profits and social enterprise so it provided a really good connection between charities and philanthropies, despite being an event designed for economics and business majors particularly.”

“Hearing interdisciplinary perspectives are incredibly valuable to my educational experience,” said Kyle Snipes, a second-year graduate student in the School of Business Master of Science in Accountancy program. “They help you to see problems and issues from angles you may not have previously considered.”

In the end, Beer called upon the audience to consider why they give to their charities and philanthropies. By thinking less about root causes and more about the people in need – questions sponsored by love and the human condition – he suggested perhaps more good can be done.

About 75 students and faculty members attended the talk co-sponsored by the BB&T Center for the Study of Capitalism and the Department of Economics.