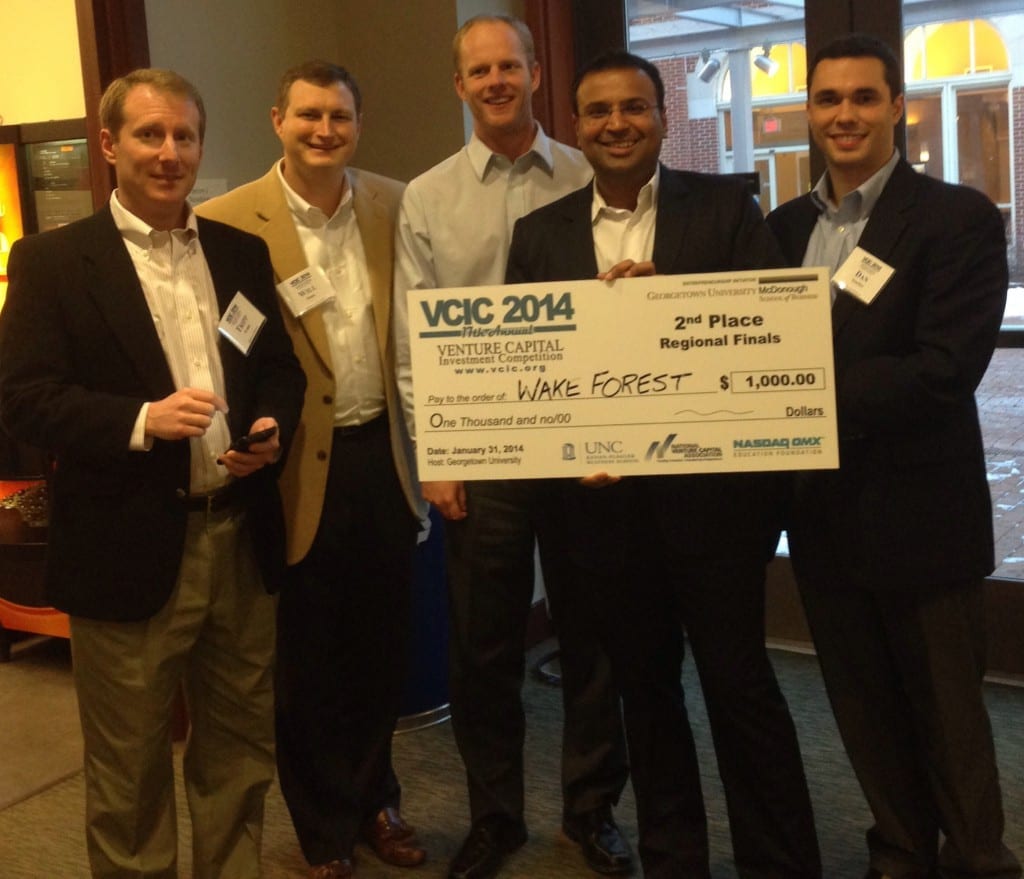 “Placing second against formidable competition with some of the top business schools in the country was a valuable experience,” said Dipen Vyas, one of the team members. “We received valuable feedback from actual venture capitalists about how we did taking on their role.”

The VCIC event began in 1998, and differs slightly from most case competitions. In this event, the students play the role of venture capitalists and entrepreneurs pitch business ideas to them. A dozen actual VC judges evaluate their performances and give feedback to the students.

This year, seven regional finals are planned for the United States, with two regionals in Europe and two in Asia. The number one team from each regional event competes in the global final.