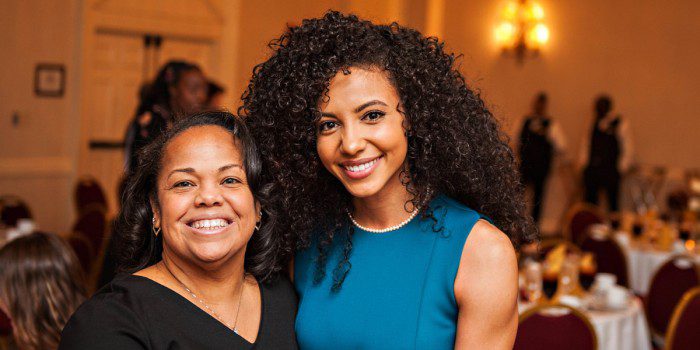 Wake Forest University School of Law and School of Business alumna and Law Board of Visitor member Cheslie Kryst (JD/MBA ’17), an attorney who fought for social justice, the 2019 winner of the Miss North Carolina and Miss USA pageants, and television host and correspondent, passed away on Jan. 30 at the age of 30.

“We are deeply saddened to learn of the passing of Cheslie Kryst, who was a treasured friend, classmate, and mentor to so many in our Wake Forest Law community,” said Wake Forest Law Dean Jane Aiken. “She was a persistent advocate for social justice, and her kindness, generosity, and inspiring spirit left a lasting impact on all those who had the privilege of knowing her. We extend our heartfelt condolences to Cheslie’s family and loved ones.”

While a student at Wake Forest Law, Kryst concurrently pursued her MBA at Wake Forest School of Business and was involved in a variety of organizations, including the Black Business Students Association.

“While in the MBA program, Cheslie was an engaged student, a committed teammate, and a bright light,” said Sherry Moss, the Benson Pruitt Professor in Business. “Her passing is beyond tragic and our hearts go out to her family and friends. She will always be remembered as a person who made a difference in the world.”

As an alumna, Kryst generously supported the law school and its students, including by serving as a member of the Law Board of Visitors.

During her first year in law school, Kryst won the 1L Trial Bar Competition, and later went on to become a member of the Moot Court Team, a member of the law school’s first national championship-winning AAJ Trial Team, and president of the Sports Entertainment Law Society.

“I remember Cheslie from her first day of law school in my contracts class,” said Dean and Professor of Law Emerita Suzanne Reynolds, who served as dean of the law school from 2014-2019. “She always brought out the human side of the cases we studied, a gift that led her after graduation into pro bono work on death penalty cases. I grieve with her beloved family, classmates, and the thousands she touched, especially for the pain she must have endured before we lost her.”

As the coach of the 2017 AAJ Trial Team of which Kryst was a member, Matthew Breeding (JD ’06) recalled that her incredible advocacy skills were matched by a deep sense of compassion.

“More than her charm and wit, her intellectual agility, and her effortless beauty, the one trait that exemplifies her the most is compassion,” said Breeding. “She loved her classmates without fear or shame, she fought for her teammates with every breath she could muster, and she showed actual, genuine empathy to everyone fortunate enough to cross her path.”

Kryst was also an active member of Wake Forest Law’s Black Law Student Association, and was awarded a scholarship from the organization in both 2015 and 2017. She also served as National Parliamentarian for the National Black Law Student Association from 2015-2016. Throughout her career, Kryst continued to support Wake Forest Law’s BLSA by speaking on panels, mentoring students, and facilitating connections between current students and other alumni.

“Cheslie was not only a brilliant person, but she also had a pure heart. She made it clear that we can do whatever we set our mind to,” said Cedric James (JD ’22), the current president of Wake Forest Law’s BLSA. “She consistently used her voice to speak up for those ignored and silenced. She was steadfast in her support of women and used her platform to uplift those around her.”

After graduating from Wake Forest in 2017, Kryst worked as an associate at Poyner Spruill in Charlotte, NC, where she practiced complex civil litigation and provided pro bono legal services to incarcerated people. In 2019, she won the Miss North Carolina pageant and went on to become the first attorney to win the Miss USA pageant. After serving as Miss USA, Kryst became an entertainment news correspondent and host for ExtraTV.