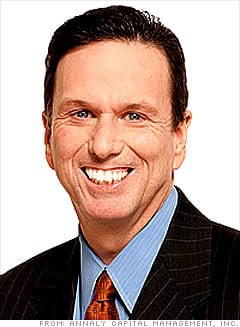 Trustee Tribute to Mike Farrell
Delivered October 26, 2012
Many of you knew Mike and had the privilege of spending time with him.

Mike was a self-made man who never lost touch with his humble roots, maintaining a deep respect for all people throughout his life.

He believed in the American Dream and he made his dream – to build a distinctive, successful and noble business – a reality. Mike did this by meticulously developing his own hip pocket skills and then gathering together a team of colleagues to build a company that is without equal in its field.

Mike had a strong moral compass that was grounded in his personal faith in God. And that guided him in all he did. He was enormously generous with his time, his wisdom, and his money. At his memorial service, the standing-room-only crowd of family and friends was testimony to the impact he had on the lives of others.

Mike was attracted to Wake Forest because he saw in this university an institution that believes in developing the whole person. He saw that our focus on values-based education was unique and desperately needed in our society.

Mike truly lived for Mary and their children, and his large, extended family. He invested his time and his love in caring for them.

Mike was an inspiration to others because he could DREAM – and then make things happen. In fact, Tom, Mike’s brother, said he was coming up with new ideas and dreams even in his last days… Tom speculates that Mike is probably selling heavenly backed mortgage securities right now.

As is true with so many great thinkers and bright minds, Mike’s dreams often seemed a bit crazy and outlandish, so he developed the habit of prefacing those dreams with a raised hand and the plea, “Now hear me out on this…”

Some of you were with me in August 2010 when Mike inspired us all with his dream for Wake Forest, and it is becoming a reality today. We were sitting around at a dinner in NYC after visiting a number of sites to get ideas for our new building. We started to add up in our minds the cost of what we had seen, and the discussion started to turn south as we came to the realization that in the challenging financial environment we were experiencing, perhaps a world-class business school building may not be a realistic idea.

Then came Mike’s raised hand and, “Now hear me out…” He said, “You know, if the Empire State Building and Rockefeller Center were built during the Great Depression, we can build a world-class business school today! Mary and I want to make the lead gift to make this happen.”

Despite all of his success, and his imposing 6’4” frame, and his hard-earned wealth, Mike was truly a humble man whose love for life, soft-spoken style, and quick and timely wit attracted everyone to him.

Mike’s life was a role model for all of us.

It is leaders like Mike that make business a noble profession.
Each day as I walk by our new business school building and watch it take form and stature, I am proud that it bears the name, “Farrell.”