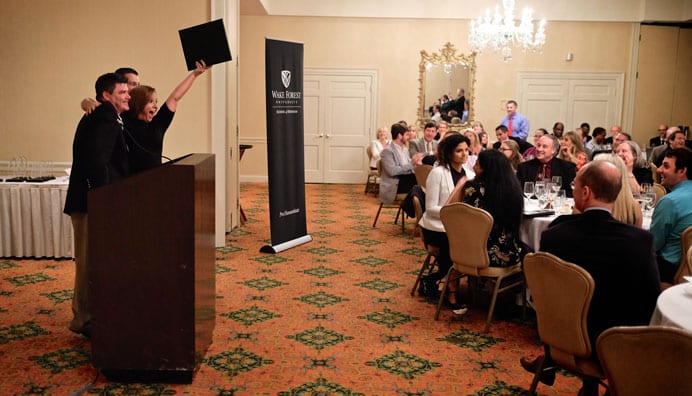 WINSTON-SALEM, N.C., — Thirty-nine working professionals earned their MBA degrees from Wake Forest University School of Business this month after completing a two-year evening program at the Reynolda campus. They were honored during a graduation celebration Friday, Sept. 12 at Forsyth Country Club.

“Balancing studies in a rigorous program with family, careers and community service, these graduates not only earned their business degrees, but in many cases, promotions by applying what they learned in class,” said Kevin Bender, executive director of the Winston-Salem Evening MBA program. “They have much to be proud of.”