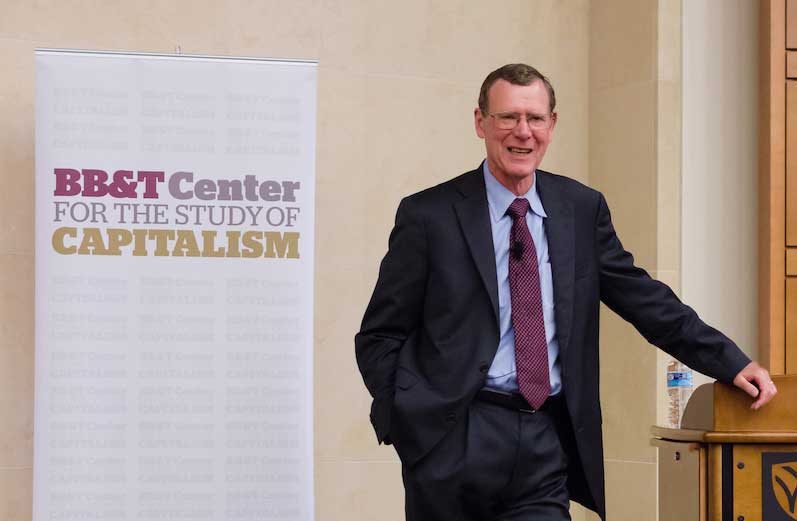 WINSTON-SALEM, N.C., — The Wake Forest University School of Business welcomes John Allison as executive in residence with the BB&T Center for the Study of Capitalism effective November 1, 2015.

Allison is the retired president and CEO of the Cato Institute, as well as the retired chairman and CEO of BB&T. During his tenure as CEO from 1989-2008, BB&T grew from $4.5 billion to $152 billion in assets to become the 10th largest financial institution headquartered in the U.S. He was recognized by the Harvard Business Review as one of the 100 most successful CEOs in the world over the last decade.

Graduating Phi Beta Kappa from the University of North Carolina-Chapel Hill with a degree in business administration, Allison received a Masters in Management from Duke University. He is also the recipient of six honorary doctorate degrees.