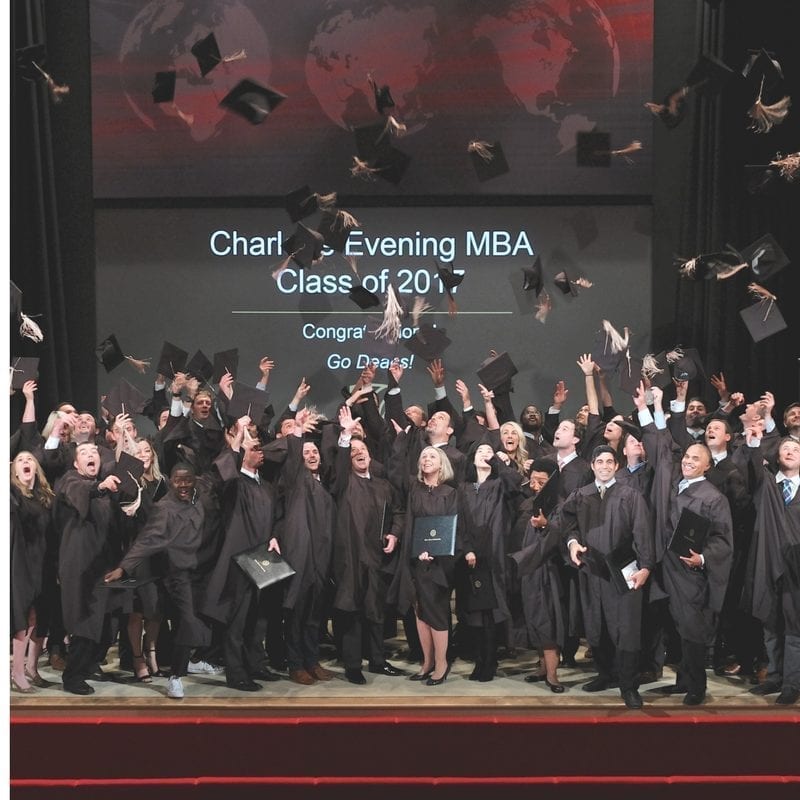 CHARLOTTE, N.C. – After completing a two-year evening program in Charlotte, 56 working professionals earned their MBA degrees from Wake Forest University School of Business. A graduation celebration at Bank of America and WFU Charlotte Center was held to honor them on Sept. 22, 2017.

“Our graduates balanced a rigorous academic program, including extra-curricular activities such as global immersion courses and case competitions, while maintaining their careers and meeting the needs of their families and communities,” said Tom Smith, executive director of the Charlotte MBA programs. “We are proud of their accomplishments and know they will continue to have an impact on the business world.”

U.S. News & World Report has ranked Wake Forest’s MBA program for working professionals #13 in the nation. It’s the eighth consecutive year the School of Business MBA program has been #1 in North Carolina. Working professionals have the option of taking evening classes in Winston-Salem or classes in the evenings or Saturdays at the Wake Forest University Charlotte Center.