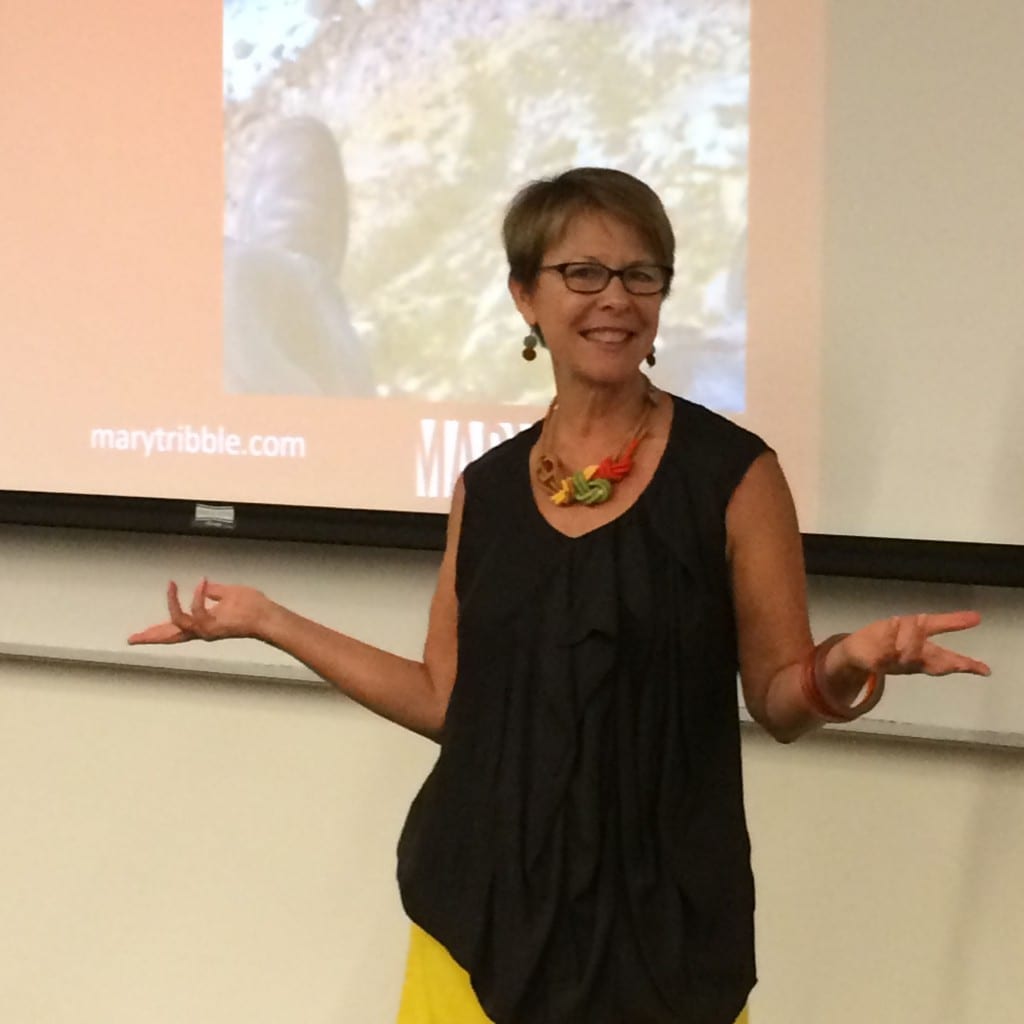 Doing well and doing good: a journey to balance

By Stephanie Skordas, School of Business

“Choose a life of ballyhoo.” That’s the big advice from Mary Tribble (’82) to a crowd of students, staff, faculty, alumni and business people during a lunch and learn held June 12 in the Wake Forest Charlotte Center.

“Ballyhoo is the moment when passion and preparation come together,” Tribble explained, while showing a behind the scenes clip of the TV director and producer who are opening the Oscars where Cuba Gooding, Jr. wins and just explodes in exuberant celebration. “You can’t plan a moment like that, but if you are prepared and open to the experience, you can electrify a room or an audience watching around the globe.”

And Tribble knows how to be open and capitalize on those kinds of moments.Starting her own event planning firm, Tribble Creative Group at age 24, just a few years after graduating from Wake Forest, she worked with clients like Wells Fargo, Duke Energy and Bank of America and went on to create signature events such as The Forum for Corporate Conscience and the N.C. Conference for Women.

But in the late 90s, Tribble said she felt suddenly off-purpose.  Frustrated with the administrative part of running her own business, she embarked on a two-week silent walk across the Sahara Desert to reflect on her goals and purpose. And when she returned, Tribble continued to reflect. During the lunch and learn, she shared personal and professional anecdotes to illustrate lessons she learned along the way. Here are some epiphanies she passed along:

Tribble’s interest in reflection led her to consider even more deeply Wake Forest’s motto, Pro Humanitate – which translates to “for humanity.”  She has deep ties to her alma mater, as the great-great-great-great-great granddaughter of founder Samuel Wait and also University president Harold Tribble, whose tenure saw the campus move to Winston-Salem in 1956.

In fact, she has spent the last seven months studying what Pro Humanitate means to our alumni and current students. In her words, connecting yourself to your ultimate humanness makes leading a life of service second nature and intrinsically valued.

“Mark Twain once wrote the two most important days of your life are the day you’re born and the day you figure out why,” Tribble said.

And Tribble said her seven months of study and conversation with other Wake Foresters helped her realize that Pro Humanitate lies at the intersection of doing well and doing good.  She said living Pro Humanitate doesn’t only mean leading a life of great sacrifice.  Bringing the same business discipline from Wall Street to social entrepreneurism, creating jobs or mentoring an employee or student are all ways to connect our lives “for humanity.”

But how do you start? Tribble shared three keys to her success:

By recounting her own journey from starting her own business, to re-examining it, to changing course and charting a new path (with a little event planning for the Democratic National Convention along the way,) Tribble illustrated the need for redefining success for ourselves. In fact, she’s currently writing a book on that very topic.

Jen Muckley, a second-year student in the Charlotte Evening MBA program described Tribble’s talk as fascinating and inspirational. “Clearly now I understand what she’s saying about doing well in your career and doing good in your community,” Muckley said. “There is an undercurrent with my generation that we are looking for very relevant experiences and we want careers that are meaningful, but don’t necessarily have to be in philanthropy.”