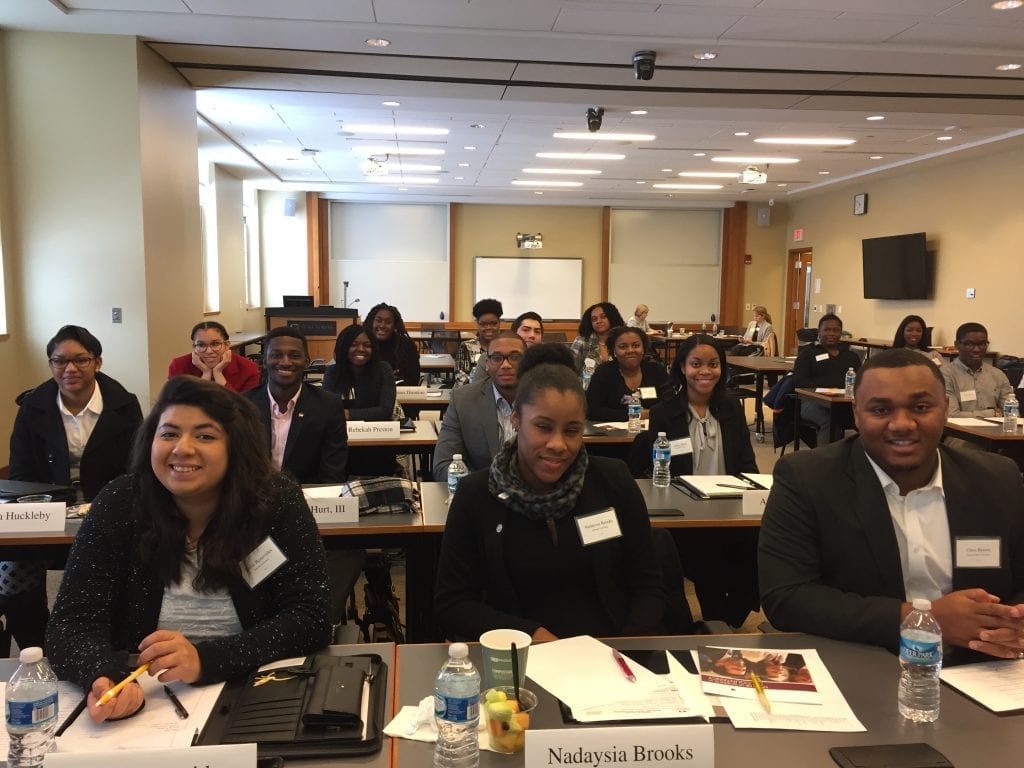 A forecast calling for one to two inches of snow wasn’t about to put a damper on the 2017 Accounting Diversity Consortium at Wake Forest University School of Business. When the storm shifted at the last minute, dumping more than eight inches of snow, attendees and organizers found the weather brought them closer together.

“We had 30 students who were en route to Winston-Salem when the forecast changed and the expected amount of snow changed drastically. Most of them were flying in,” said Stacy Owen, executive director of the Master of Science in 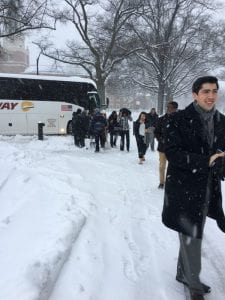 Accountancy (MSA) program. “EY’s campus recruiter, Ryan Emerson, had come to campus on Thursday, so we reworked the schedule to create a great experience for our prospective students. That’s how important diversity is for us.”

Students from 22 colleges and universities attended the Consortium. This is the ninth year EY and the School of Business have partnered for the two-day invitation-only event for top underrepresented college juniors and seniors from around the nation. It’s a chance for the students to learn more about the next steps – pursuing a graduate degree in accounting and learning more about careers at the nationally-recognized firm. It was held January 6-7, 2017.

“You can imagine our surprise when we woke up Saturday morning at the Marriott and were greeted with all this snow,” Owen said. “But we had wonderful bus drivers who took us safely to and from Farrell Hall as the snow continued to fall.”

A scheduled alumni panel made of up EY representatives were stuck 90 minutes away in Charlotte due to the weather. Owen and her team changed the event to a panel of current MSA students who’d attended the Consortium in the past. Recent graduate D’Andre’ Starnes (BS ’15, MSA ’16) also joined the panel via Skype to talk about his experiences at the School and his current role in EY’s Risk Advisor Program.

“The networking that takes place at the ADC is vital as it provides prospective students exposure to EY professionals, some of whom have been to the program and earned their MSA degrees from Wake Forest,” Starnes said. “It’s rare that you get this opportunity to speak with people who have gone through the process you are currently pursuing.” 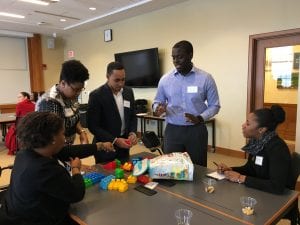 Owen described a team-building exercise incorporated this year that challenged the student teams to build a helicopter out of Legos. One team member looked at the helicopter and described how it was built to a second student. That student went to a team of builders and communicated how to build the helicopter – without notes or photos. It’s an exercise in communication that teams could face in a corporate environment of meetings and business units.

“After the exercise, the teams held a debrief to talk about frustrations, challenges, and successes. Then they swapped roles and built something new,” Owen said. “We did a lot less sitting in a room and talking and much more moving and mingling.”

The storm forced some changes to the planned closing dinner, switching to a drop-in pizza feast at the hotel. “It was supposed to last just 30 minutes, but the students were having such a great time, they stayed for well over an hour,” said Owen. “And on Sunday, everyone made it out safely.”

The thank you notes started rolling in the next day.

“It was a great opportunity for me to view the campus, learn about global business, the Wake Forest program, and EY,” said Tiara May, a North Carolina Central University student who attended the event.

“During my time at Wake Forest, I received valuable information about the MSA program and EY,” said Ashley Kirby, a Spelman College student. “I am looking forward to attending graduate school and starting my career in the accounting field.” 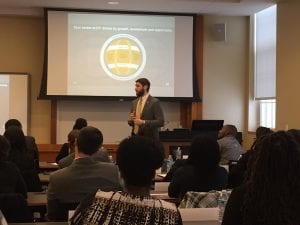 Emerson (BS ’11, MA ’12) said EY’s focus on serving a diverse set of global clients who demand an equally diverse workforce to help them understand their challenges makes the ADC partnership with Wake Forest a natural fit. “What better way to highlight pathways to professional services and build the pipeline for underrepresented students to enter the industry, than a highly educational weekend at one of the top Masters of Accountancy programs in the nation?”