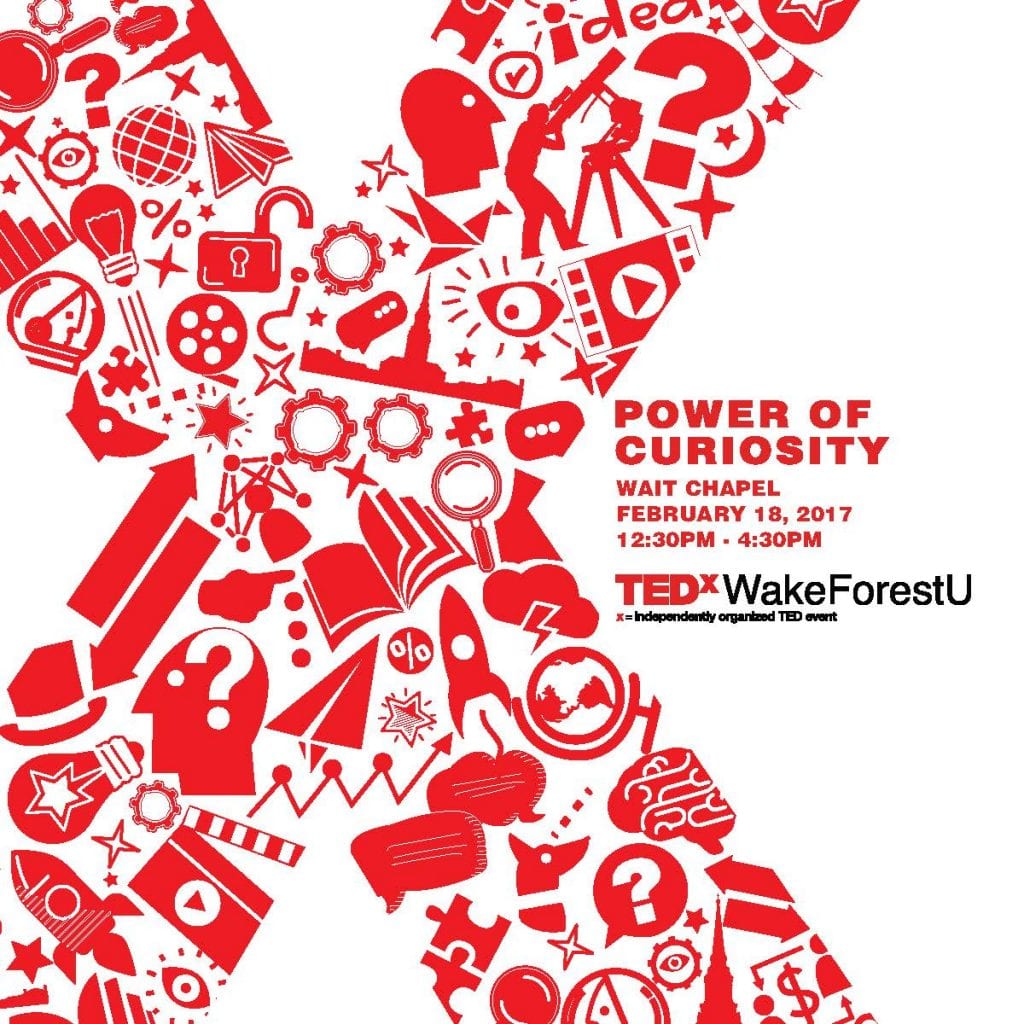 This year’s TEDxWakeForestU event focused on the power of curiosity. With the spirit of curiosity in mind, we asked several members of the executive team responsible for planning, organizing, and hosting the event how their business majors helped them in their roles. This year, six of the ten executive team members were Wake Forest University School of Business students.

The School’s Associate Accounting Professor Anna Cianci was one of the eight featured speakers. Her talk was entitled “Finding our ‘why’ and our ‘how’: Suffering and setbacks as catalysts for seeking.” 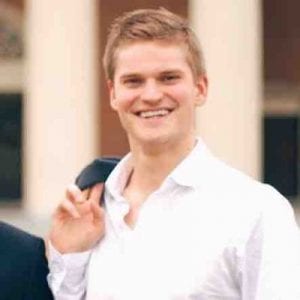 Tommy Worcester, a senior finance major, served as master of ceremonies for the event, which was held February 18 in Wait Chapel. “My role is to connect the dots, to take the audience through a personal journey in which they walk out of the chapel a better version of themselves.”

He credited his experience in the School of Business with developing his ability to speak publicly, concisely, and walk with confidence onto any stage. “The mental assets I’ve developed in the School has also led to founding a business venture, Loopy Laces, that sells sorority and collegiate accessories nationally.”

For senior Emily Fitzgerald who described herself as a team player and problem solver, the skills she has gained as finance major played a direct role in her TEDxWakeForestU position as assistant director. She managed the nearly $30,000 budget, which goes towards speaker accommodations, marketing, facilities, lighting, sound, and other logistics. 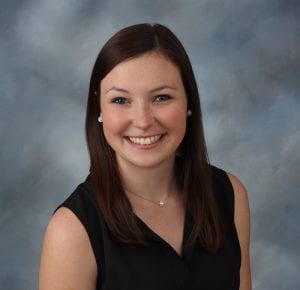 “Wake Forest School of Business has prepared me for this position with its well-rounded curriculum,” she said. “As a finance major, it is incredibly important in this position, as well as all my future roles, that I am well-versed in every aspect of the project – marketing, operations, talent acquisition, hospitality, fundraising and event support. Without my diverse classes, I would not be prepared to make decisions on allocating funds and maximizing the funds we raised.”

Fitzgerald also credited her business courses with helping her and the executive team set goals for the annual event. They discussed their vision to make TEDxWakeForestU an event with tradition, much like Hit the Bricks, Project Pumpkin and Love Feast. “The only way to accomplish our goals is by growing as a program instead of starting over from scratch each year as the executive board turns over. This year we have streamlined the planning process, implemented marketing campaigns and meticulously record details to make each year’s transition smooth.”

Junior business and enterprise major Hayden Lineberger served as the event’s executive director. It was his responsibility to interview, select, and manage the students who serve on the board. TEDxWakeForestU is a student-run event managed within the Wake Forest Center for Innovation, Creativity, and Entrepreneurship under the guidance of director Polly Black, who also teaches in the School of Business as a part-time professor of the practice. Lineberger and his board members began planning the event five months ago. 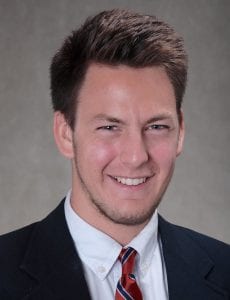 “The team projects I worked on in marketing and organization behavior classes taught me how to appreciate people’s differing opinions and how to work together to achieve a consensus focused on a goal. My business courses have built my confidence as a leader,” he said, “and the budgeting skills have enabled me to produce cost projections for promotional materials, hospitality, transportation, and stage set up, balanced with ticket revenues and sponsor donations.”

Lineberger said working on TEDxWakeForestU has enabled him to gain real-world experience that amplifies his business coursework. In addition to the managerial, marketing, and teamwork skills he mentioned, Lineberger said he found a new resilience. “I also learned how to handle disappointment and how to regroup from a setback when one of our original speakers was not able to attend. While we were disappointed, we found another speaker who offered the kind of inspiration our event requires. We’re excited about sharing ideas that matter with the Wake Forest community.”

TEDxWakeForestU is an independently organized TED event. It began in 2012 under the direction of student Lucy Lan. While most TEDx events are intimate events with about 100 in the audience, the Wake Forest events have gathered more than 1,000 attendees. For more information, please visit www.tedxwakeforestu.com.